However in the final version of Windows 10, WMC was discontinued, and it was not included. Technically, the Windows Media Center is a media player with more functionality as compared to the main Windows Media Player. 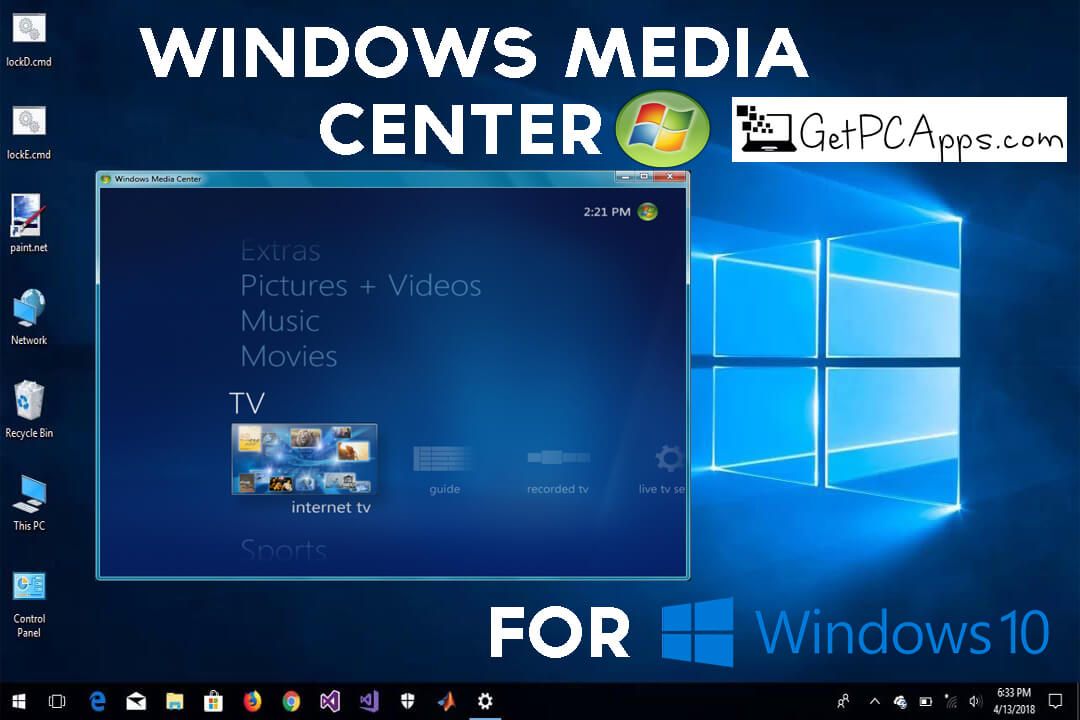 TV playback via TV Tuner, recording, DVD player, old MPEG-2 video support, etc are the Additional features you can get with the Windows media center.

WMC was used mostly as a DVD player. That is why in Windows 10, Microsoft replaced Windows Media Center with a DVD player program.

You can install the DVD Player Application through Windows Store as well for your Windows 10. Also, do check out GetPCApps.com for more helpful guides and tutorials.

You can follow the steps below to download and update WMC in Windows 10 if you want to use its functionality and you’re a Windows Media Center fan.

Before everything firstly from below, we need to access the Windows Media Center custom update.

Keep in mind that this is not an official thing from Microsoft itself but it is a custom installation. We scanned it for viruses and found nothing.

However do this on your own risk, it would be better if you backup your Windows files first as a safety precaution. Then just follow the step by step instructions mentioned below as it is.

Just follow the instructions mentioned below in order to get the Windows media center on Windows 10, do not skip any steps to avoid installation failure.

In productivity, this Windows Media Center is the same as original as well as in usage. You can use any of the features of WMC free of charge with all of its functionality being intact.

Simply run Uninstaller.cmd from the extracted tab if you ever want to uninstall Windows Media Center from Windows 10.