Do you wanna write simple and well formatted text documents? Do you wanna create huge spreadsheets? Do you wanna build and edit enticing and gorgeous presentations? If answer to all of these questions is yes, allow us to recommend you Microsoft Office 2007 Service Pack 3 or SP3. 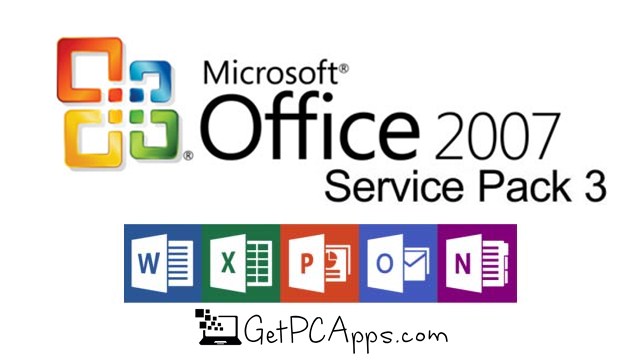 1. HISTORY In November 2006, Microsoft Office 2007 was released to manufacturing, and then subsequently made available to volume license customers on November 30, 2006. In January 2007, it was available to retail.

2. WORD This is a rich text processor bundled with Microsoft Office 2007. It supports complex formatting which includes high definition graphics like images and even videos.

4. POWERPOINT A powerful slideshow creator which enables you to create fabulous and engaging presentations for your office, college projects etc.

5. RIBBON Totally new look and feel of user interface, which shows all of the most important tools right at the top of each office program.

8. OTHER FEATURES A lot of  other interesting features, come with Microsoft Office 2007. There would be no more confusion with menus. Many options are available for import and export. You can even create PDF on your own.

9. SPEECH RECOGNITION It has been removed from single programs in Office 2007 suite. It was because Speech Recognition feature was introduced in Windows Vista.  If you are using Windows XP,   install a previous version of Office to use speech recognition features.

10. LANGUAGES It is nearly available in 30 languages.

11. NEW FORMAT Office 2007 introduced a new file format. It was called Open Office XML and was a default format. The files are saved using an extra X letter in their extension (.docx/xlsx/pptx/etc.). Although, you can still save documents in the old format, which is totally compatible with previous versions. It is based on XML and uses ZIP file container. Documents created in this format are up to 75% smaller than the same documents saved with previous Microsoft Office file formats, claims Microsoft. All the credit goes to ZIP data compression.  The files which contains macros, are saved with extra M letter added in the end.

12. CONTEXTUAL TABS Some tabs, which appear only when certain object is selected are called contextual tabs.  They expose functionality specific only to the object with focus. Selecting the Picture would bring up the Picture tab. If you select table, the tab with table related options would be shown.

Click on links given below to start downloading Official Microsoft Office 2007 SP3 Exe File Offline Installer Setup. This is a  offline installer and standalone setup for MS Office 2007 Service Pack 3.