We all need VPN programs for our Windows PC. Not only the allow us to visit restricted websites and access resources on a network you are not physically connected to, but also secures your computer’s internet connection to guarantee that all data you are sending and receiving is encrypted and secured from prying eyes. Today, we will review TunnelBear VPN Program, which is a simple virtual private network (VPN). We had also covered Top 5 Best VPN Extensions for Google Chrome Browser.

TunnelBear is a simple, private and free VPN. “TunnelBear, the gorgeous VPN app that wants to bring online privacy to everyone.” Said by VB.

According to LifeHacker,  “TunnelBear is an elegant, easy mobile VPN that keeps you safe.” 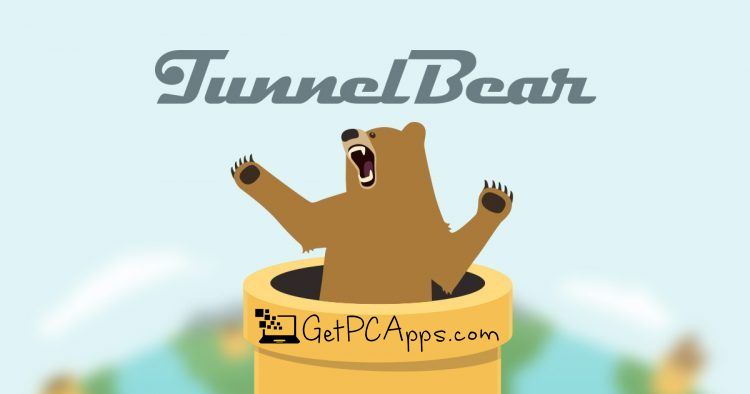 4. NO TRACKING Yes, TunnelBear can reduce the ability for websites, advertisers and ISPs to track your browsing.

5. PUBLIC WIFI SAFETY With TunnelBear, your website is secure on public wi-fi.

6. BLOCKED WEBSITES It is very easy and safe to get around blocked websites. TunnelBear allows you to appear in 20 different countries.

7. SPEED TunnelBear is a lightning fast private network with connections to 20 countries.

8. LIGHT WEIGHT TunnelBear for Chrome is a lightweight extension which totally encrypts all of your browsing traffic. If you want to encrypt all your device’s traffic, try apps for Android, iOS, macOS and Windows.

10. SIMPLE & EASY TO USE TunnelBear app is very simple. It is one of the most user friendly options to make your web traffic anonymous. If you are just getting started with encrypted browsing, the process gets much easier. It only shows some basic things. Your location, the tunnel you are using and where you appear to be browsing from. There certainly are some additional settings, but you really do not need to dig deep.

11. VERY STRONG ENCRYPTION FOR SECURITY  TunnelBear by default uses strong AES-256 bit. All clients use AES-256 encryption but those for iOS 8 and earlier, uses AES-128. There is no compromise on the quality of encryption.

The service also provides strong data authentication and secure Diffie-Hellman key exchange. Together they ensure that you’re connecting to a TunnelBear server and not a obnoxious man-in-the-middle miscreant.

13. GHOST BEAR FEATURE There are certain websites, which block the traffic that appears to be coming from VPN. It is a constant rivalry between VPN providers and those websites. There is a special feature in TunnelBear which is called Ghost Bear feature. It tries its best to hide the fact that you are using any VPN. Not all, but it does fool many websites.

14. NUMBER OF CONNECTIONS TunnelBear can use maximum five connections at a time.

15. VIGILANT BEAR It probably is one of the coolest features of TunnelBear. It protects you when you connect or disconnect. Sometimes your wifi drops, or you move between access points, there’s the probability that some of your data might go out over an unsecured connection. VigilantBear prevents that from happening and acts as a kill-switch.

Click on links given below to start downloading TunnelBear Offline Installer Setup. This is a full offline installer and standalone setup for TunnelBear for Windows PC.

By purchasing TunnelBear VPN subscription through our link we will receive an affiliate commission.